The Crowley-managed USNS HOWARD O. LORENZEN (T-AGM 25) made history recently by having the first reported  all-female officer bridge watch as part of the T-AGM/T-AGOS program under the U.S. Navy. The milestone represented the hard work, leadership and dedication of women in maritime, and marked Crowley’s continuing efforts to operate in a culture of high performance that includes diversity and inclusion.

From Jan. 25 to Feb. 5, the three officers stood watch on the bridge of the LORENZEN, a 534-foot missile range instrumentation ship under the Military Sealift Command operated by a Crowley crew of 31 civilian U.S. mariners, including seven women, as it sailed in international waters. They are:

“We didn’t realize at the time it was an all-female bridge crew because we’re all a team,” said Jette, who has sailed for three years, including one year aboard the LORENZEN. “I have other female sailors I know, and two or three women on cargo. There really isn’t any closing of any doors.”

The bridge watch is one of the most critical operations for deck officers. When the ship is at sea, the bridge is the only workplace that always is staffed.

“I have watch officers I know I can depend on at all times,” said Capt. Robert Wiechert, 59, of Port Townsend, Wash., who was master of the LORENZEN during their watch. “They have been, and continue to be, assets to this vessel and the program.”

As members of the American Maritime Officers union, the decision on who is assigned rotations on ships can often be outside of Crowley’s influence. While a ship with multiple female crew members may be a rarity, the culture and operations on the LORENZEN reduce potential friction in a male-dominated industry when it does occur, the mariners said. 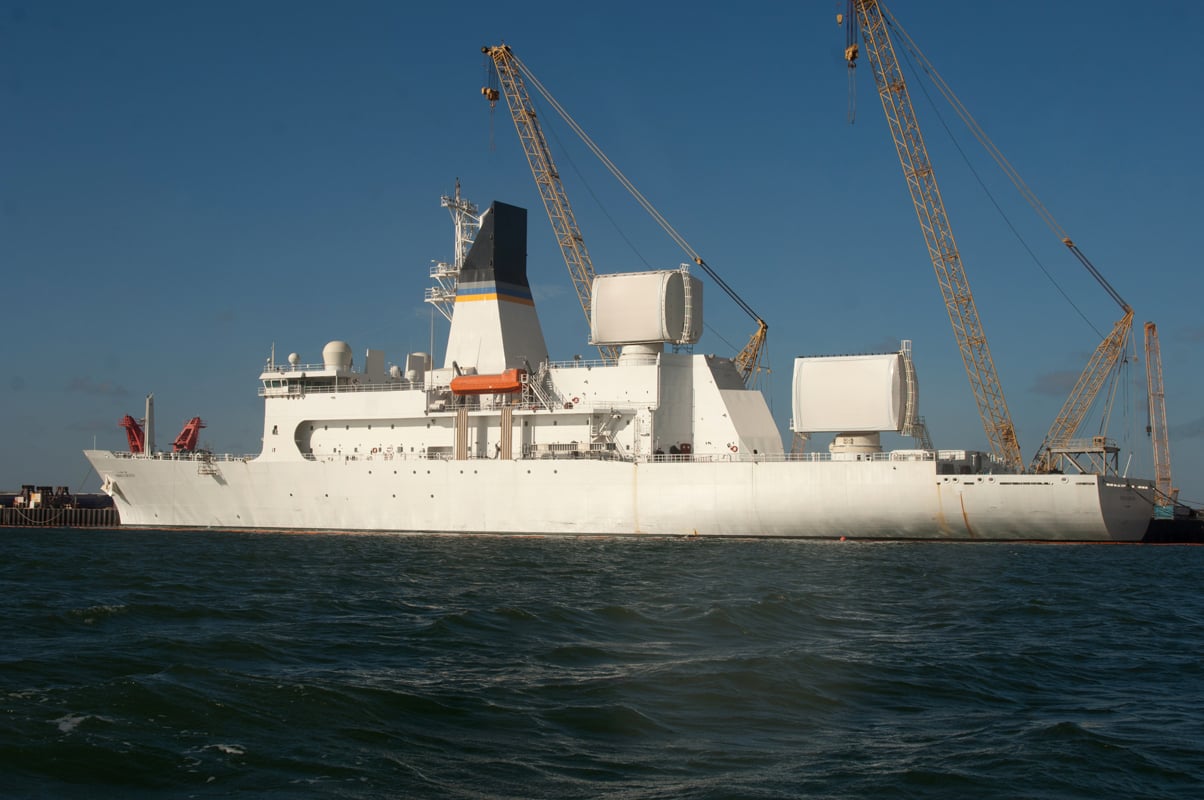 “The company definitely does not tolerate being a bad shipmate to another shipmate,” said Danhof, who has spent two of her three years at sea aboard the LORENZEN. “As a female you are in a close quarters’ environment, and definitely have to be aware of your surroundings and the people you work with, including contractors and military. It starts from the top down. Both captains set the standard for what they tolerate and don’t.”

Crowley Government Services provides its crewing and management both exclusively and as a bundled vessel management solution for public sector customers. The team can handle operational and technical support during maintenance, supervision under dry-dockings, and regulatory compliance. Crowley also provides crewing and training, as well as safety, security, quality and environmental assurance services.

In the process of working for Crowley, the female officers have learned and leveraged lessons about leadership and teamwork that have helped them succeed as women in maritime logistics. They said they’ve learned to recognize the contributions they can make on board a ship – and so are more women, who they’ve seen increasingly show interest in attending one of the maritime academies.

When Jette, a 2016 graduate of the Massachusetts Maritime Academy, received her degree in international maritime business and marine transportation, she said female enrollment at the school had tripled from the day she entered the academy.That’s not to say they haven’t faced impediments.

As Jette was considering going to the academy for a maritime career, she recalled a guidance counselor cautioned her against it saying “ 'you will never make it through.' ”

“I’d never want anyone to think that their gender holds them back,” Jette said. “There have been times I didn’t speak up for myself and people have judged me on my looks and my gender. And I have learned from those mistakes and experiences. I’ve become a leader and I have learned to speak up and be confrontational when I need to be speaking up.”

It’s not about gender – it’s about professionalism and respect. Because of the culture and opportunity, they foresee continuing their careers at Crowley, where they want to eventually earn the rank of captain and master of a ship.

“It meant a lot to me to be able to serve with an amazing female watch team. It really shows how the industry is changing and adapting to the increase in women choosing this career path,” said Markey, a U.S. Merchant Marine Academy graduate who attended a military high school in Delaware. “Crowley has always been there, along with my captains, helping me to advance my career in any way they can.”

To learn more about high value maritime careers, visit this resource for crucial information about opportunities shoreside and at sea.